NIMD > News > The new Special Edition on Gender: Time to take stock
Back to overview 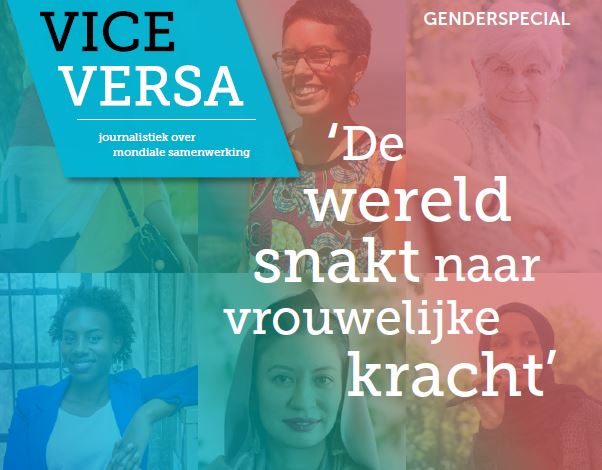 A quarter-century ago, at the Fourth World Conference on Women, 189 countries unanimously adopted the Beijing Declaration and Platform for Action. This wide-reaching agenda for women’s empowerment was a major achievement. Governments around the world had committed to gender equality. They set out strategic objectives and concrete actions for the advancement of women and the achievement of gender equality in 12 critical areas of concern.

The world has made progress on gender equality. Indeed, according to the World Economic Forum, inequality between men and women has closed by 68%.

But we can still see worrying trends. Women still often bear the brunt of conflict, violence and crises. And women face systemic and cultural obstacles to positions of decision-making and power.

That’s why NIMD has teamed up with organizations from across the Netherlands to help produce the Vice Versa Special Edition on Gender. This special edition magazine calls on Dutch authorities organizations and society, to consider how we can make much-needed progress, and to recognize the struggles many women across the world are still overcoming every day.

The Special Edition on Gender was created by Wo=Men and Dutch magazine Vice Versa, in collaboration with NIMD, Amref Flying Doctors, Cordaid, Milieudefensie, PAX, WECF, GAGGA, and the Fair, Green and Global Alliance.

The special edition celebrates the successes of a diverse group of women from Afghanistan, Guatemala, Honduras, India, Iraq, Morocco, Uganda, Peru, Sudan and the US.

Our protagonists come from all different sectors – including politics and civil society. Despite political, social and financial pressures, these outspoken women remain tirelessly committed to an equal and inclusive society.

Two of these protagonists are Alba Zepeda and Vicenta Jerónimo, women who are well acquainted with the turbulent world of politics in Central America.

One hails from a city council in Honduras and the other from the Parliament of Guatemala. But, despite their different background, they have many experiences in common.

They share their insights into machismo, poverty and corruption, and show how they are working to create change as a minority within the political system.

Read their story or download the full Vice Versa Special Edition on Gender (in Dutch).