Home > News > Supporting indigenous communities in Colombia: The story of Ascención Velasco
Back to overview 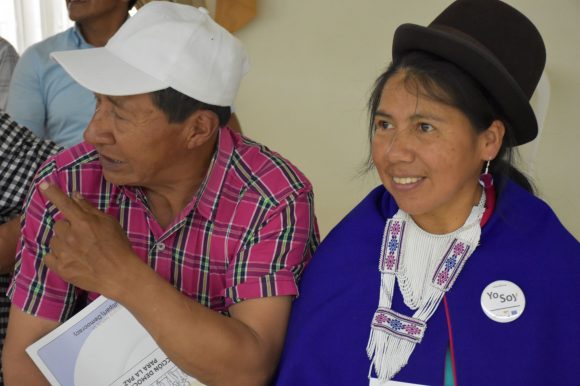 Supporting indigenous communities in Colombia: The story of Ascención Velasco

Ascención is an experienced and well renowned political leader in her community. She officially started her political career in 2013, when she was elected Governor of her indigenous reserve, or Resguardo. It was the first time that a woman had held that position since the Political Constitution of 1991, which recognized the autonomy of indigenous communities. The Constitution enshrined their right to enforce their own law and have their own political institutions. She used this opportunity to work for the well-being of her people, their territory, and the preservation of their traditions. 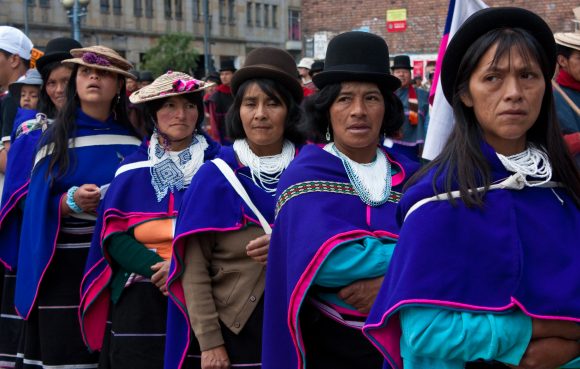 After her time in office as Governor she was elected as a member of the Council at Silvia in 2015. She was the only member of her political party (Colombian Indigenous Authorities) to be elected. Indigenous people in Colombia are one of the most underrepresented minorities (both locally and nationally). Despite some advances under the 1991 Constitution, they are currently in a major struggle to ensure basic services such as food safety, health services, and access to drinking water. What’s more, according to the Electoral Observation Mission, 111 community-based leaders in Colombia were killed in the last nine months of 2018 due to their political and social activity.

In spite of her experience as Governor, the Council was the first time that Ascención would participate in a non-indigenous political institution, and she had very little information about how the system worked.

“At the time I thought that western democracy was only about corruption, inequality and bad practices. To me, politics was a privilege limited to a very few people who could access power” admits Ascención.

Fortunately, NIMD was at the same time founding a Democracy School in Colombia’s capital, Bogotá. The school programme was tailored specifically for newly elected women. 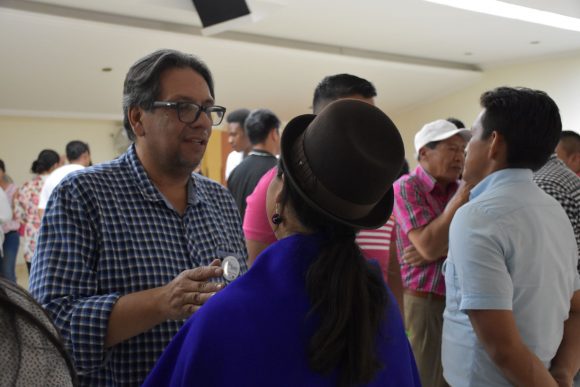 In the Democracy School in Bogotá, Ascención learned about the details of the political system in a course taught by then Congressman and now President of Colombia, Iván Duque. This and courses in conflict resolution gave her the necessary skills to participate in the Council, through which she could build bridges between indigenous communities and the rest of the people of Cauca. 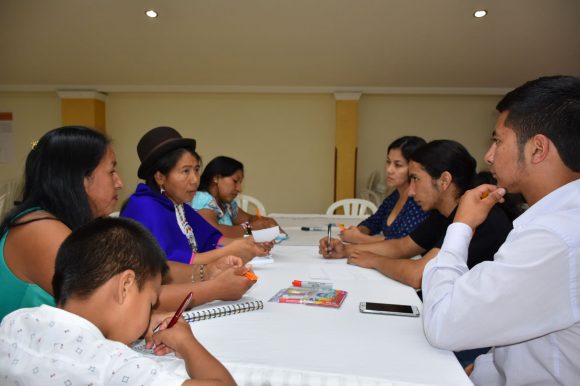 Now Ascención is currently in the last year of her term at the Council, meaning her political career is again changing. She therefore enrolled in the new Democracy School in Popayán that NIMD Colombia implemented in 2018.

In her words, “I think we know something that you don’t, and you know something that we don’t. That’s why it is so important to participate in the Democracy School; because it is a place where we can meet. We, the indigenous people, have a lot to learn but also to teach. Here at the Democracy School we can try to make politics work the same way as our philosophy Minga: a cooperative effort by everybody to build a better society”.

The 2018 Popayán Democracy School took Ascención through the complexities of subjects such as gender diversity, campaigning, human rights, political transparency, and corruption.

Ascención has no doubt that, although she is leaving the Council, her political engagement will continue. She plans to do this through women’s organizations, passing forward what she has learned to coming generations. “I now see democracy can be about participation, dialogue, and making the best possible decisions to improve our society. I think that if I share what I have learned at the Democracy School with my community, this will help more Misak women to participate in politics”.

She continues: “My community chose me to represent them. I have the responsibility to be the voice of Misak women and men, as well as to protect our rights and honour our duties”.

This has proven to be a difficult task. Indigenous groups in particular have faced overwhelming challenges in their path to political representation; the threat of violence constantly threatens the population and silences their political activity. 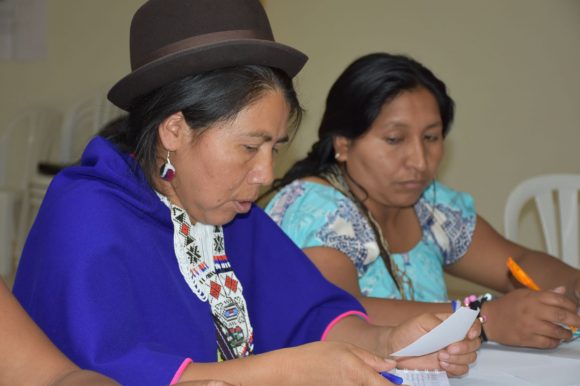 Asención’s is only one of the 800 stories from students of NIMD’s Democracy Schools in Colombia, set up this year under the Democratic Action for Peace programme. NIMD is currently part of the International Group of Supporters of the Peace Agreement established between the Colombian Government and former guerrilla group FARC (nowadays the political party “Fuerza Alternativa Revolucionaria del Común”). As part of the Group named in the Peace Agreement, NIMD is promoting the participation and inclusion of minorities which have been traditionally excluded from the political system.