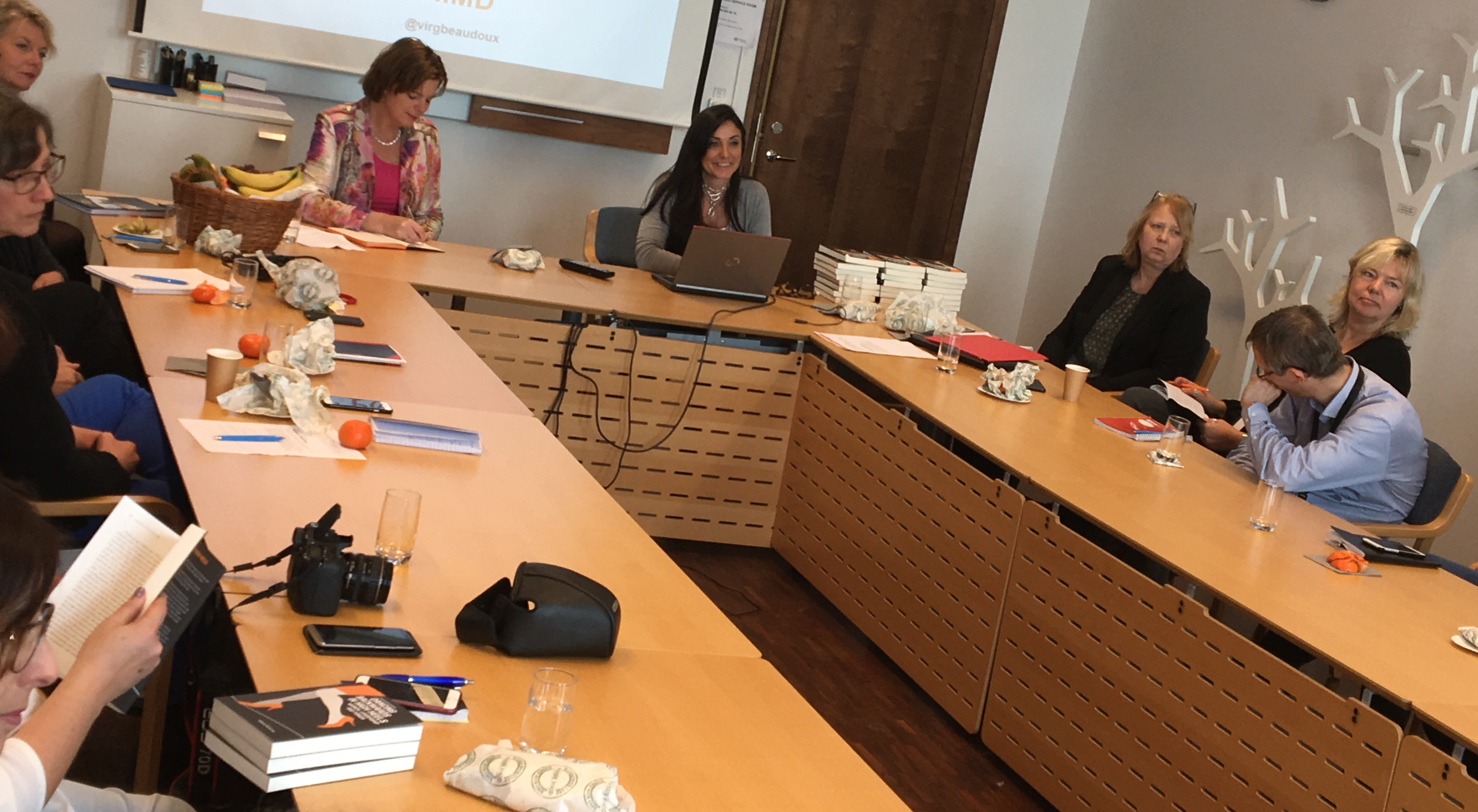 The phrase “Dancing backwards in high heels” became popular thanks to Bob Thave’s cartoon in 1982, in which a woman explained to the protagonists of the strip – Frank and Ernest – that although Fred Astaire had been a great dancer, Ginger Rogers could do the same, backwards and in high heels.

NIMD’s new book Dancing Backwards in High Heels uses this image to explore the situation of women in politics, who “play in the same soccer field as men and share the same spaces as men but with different rules and with all the odds against them.”

Written by Virginia García Beaudoux, a gender consultant in Latin America, Dancing Backwards in High Heels offers a unique glimpse into what it can mean to be an ambitious woman in an environment still dominated by males. It explores the different ways in which the media portray women and male leaders, how that shapes our thinking about leadership and the barriers that causes for women politicians.

Through a series of interview with Swedish and Dutch political figures, García shows that, even in countries that have made great progress towards gender equality, there is still a long way to go.

With specific and well-considered recommendations, the book stresses, however, that there is hope for the future, and sets out the pathway towards equality.

The new book is in line with the theme of diversity and gender, which is a common thread through all of NIMD’s work. In addition to providing support to overcoming gender stereotypes, NIMD also works to promote equal rights for men and women through:

In order to raise awareness around these issues, NIMD presented the new publication in meetings in Brussels, Belgium, and Stockholm, Sweden on 28 and 30 March. At both meetings, Virginia García Beaudoux provided an insightful introduction to the book, explaining the extensive research she conducted and her findings from the interviews. Ultimately, she called for changes to the current status quo with recommendations ranging from increased awareness among the media to the involvement of political parties in gender-inclusive policymaking.

“Political parties must be included in policies on gender equality”. Virginia García Beaudoux

The Brussels meeting was hosted by the Permanent Representation of the Netherlands to the European Union and organized in cooperation with the European Partnership for Democracy (EPD).

“For women to participate, education and access to facilities such as good child care are crucial.” Edita Hrda

Following this, there was a lively discussion on the EU’s role in promoting women’s political participation at national and, at local level.

The second meeting was hosted by the Swedish International Development Cooperation Agency (Sida), and also saw much engagement during the fruitful debate on women’s political participation.

Among other issues, the participants noted additional barriers for women from poor background or ethnic minorities, and those working at the local level.

Recommendations to remove these barriers, and indeed all additional obstacles to women in politics, included a new approach to education, starting from an early age; and a variety of programmes aiming to raise awareness both in Sweden, where the high level of gender equality risks breeding complacency on the matter, and across the world.

Virginia García Beaudoux is a doctor in Psychology. She is the author of ten books and a regular lecturer in international forums on politics, leadership and gender. She also provides training on communication skills and leadership and is communication advisor to politicians, candidates and governments.