Home > News > Money and politics in Mali: Investigating the cost of politics
Back to overview 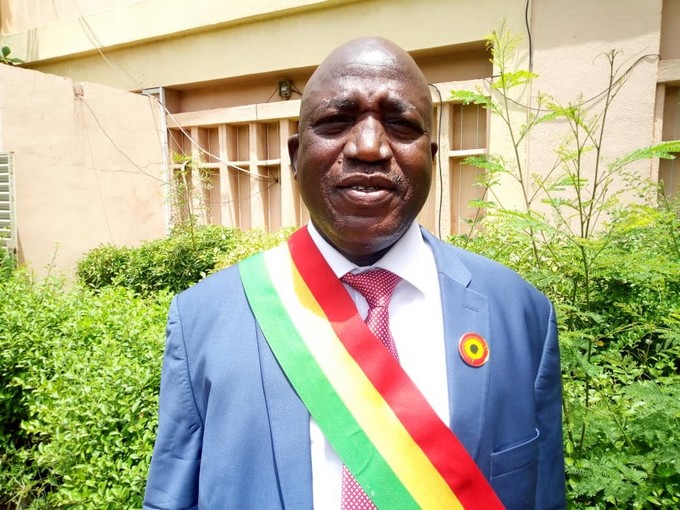 Story
Money and politics in Mali: Investigating the cost of politics

Honourable Issa Togo is a member of Parliament in Mali. He comes from the centre of Mali, an area in great turmoil. Jihadist attacks on the military and the civilian population have become an almost everyday occurrence, and the absence of the state has made it impossible to curb violent clashes between communities. Corruption is also rife, and many politicians are accused of using cash, rather than policies, to win voters’ support. We met Togo when he took part in NIMD’s Cost of Politics study, which aimed to understand the role of money in Mali’s democracy.

Togo’s political career is a great illustration of how over the years, money has taken the upper hand in politics. “When I was a candidate for a parliamentary seat for the first time in 2002, I didn’t spend a dime! I hadn’t planned to get involved in politics, but I was quite popular in my district, Koro, so several political parties wanted me to run for them. I was personally more interested in my work as a researcher, but my family decided that it would be best for everyone if I ran. So I read the political programs, and chose to run for ADEMA.”

Sitting in the NIMD office in Bamako today, Togo reflects on the 2002 campaign: “It really didn’t take much for me to win those elections. I remember going into a village when I was campaigning. The population had come out with drums and costumes to support my candidacy. A village elder came out of his house, wondering what all the fuss was about. When the people told him that it was to mobilize votes for me, he said: ‘but that is not necessary. Tell the sous-préfet [local government official] that we will not vote; Togo is our MP’.”

Honourable Togo laughs when he talks about the old man’s conception of democracy, but he adds: “But that was how it went. I won. Without effort.”

The power of money became clear to Togo five years later, in 2007, when he ran for re-election. A rival party prioritized winning Togo’s seat, and presented a very wealthy candidate who went around distributing money left and right.

Togo remembers a phone call that he received from one of the villages that voted for him in 2002. The opposition candidate had visited and offered the women of the village a mill, so the men were worried that they might switch to the opposition. Togo told the men that they should take back the mill to the opposition candidate, and that he himself would make sure the women got a mill. In the end, his list lost the 2007 elections. However as a matter of principle, he still delivered the mill.

“You see, that is when it started…” muses Togo.

Paying the price to be a parliamentarian

During the five years following 2007, Togo rose to Head of Cabinet of the President of the Parliament. All the while he would regularly visit his district in preparation for his candidacy in the next elections. It was in those 2013 elections, after the coup d’état and a transition period, that the influence of money really exploded. He says: “Had I been alone on my list, I would have passed without much cost, no doubt.”

However, Togo was not alone. Mali’s winner-takes-all majoritarian list system means voters were not only making a choice for Togo, but for all the names with him on his party list, some of whom depended more on their collective capacity to buy votes. As money was poured into the district from certain sides, all other parties were pressured to follow suit in a self-perpetuating cycle of vote buying. Once vote-buying entered the system, parties were incentivized to choose candidates not only for their skills and political beliefs, but also for the funds they would bring to the campaign.

“Often times, one or two candidates on a list of a maximum of seven seats may be serious, but the others are just there because they bring in money! And so I had no choice but to start spending too.” He and his running mates spent tens of thousands of euros during those elections. “I’m sure we spent over 200,000 euros – but the other side spent even more!”

Togo’s list won those 2013 elections and he went back to being an MP, but he was looking ahead to the next elections. It was during this parliamentary cycle that Togo decided to collaborate with NIMD and investigate how and why the cost of elections had rocketed so high.

In 2019, NIMD Mali, with the help of local think-tank and action-oriented research group Odyssee, conducted an extensive survey among MPs, local elected officials and political parties. It showed that an electoral campaign for legislative elections costs on average the equivalent of 54,000 euros, while the average salary in Mali is under 100 euros per month. It also showed that 28% of that amount is spent on the day of elections itself, indicating large-scale vote buying.

The study made evident that the negative impact of money in politics is on the rise, thanks to the exclusion of those who cannot afford to fund a campaign – especially historically economically disenfranchised groups such as women and young people. In candidate selection processes, the money needed to finance campaigns has started taking precedence over the ideological and political capacities of the candidates. As a consequence, the political class is losing credibility fast.

However, thanks to the publication of studies such as NIMD’s Cost of Politics report, Mali’s voters and MPs are increasingly aware of how money can undermine democracy, and how they can try to mitigate that risk.

Togo was one of the 44 out of 147 MPs who agreed to participate in the survey. At the presentation of the final report, he made a courageous witness account of his own experience with the crippling hold of money on Malian democracy. He also participated in a radio debate on the subject. This radio debate was part of a sensitization campaign launched by NIMD in the run up to the 2020 legislative elections. The campaign, which includes bloggers, rappers, spoken word artists and regular media in both French and local languages, aims at explaining how selling votes undermines democracy and inclusive politics.

Arguing for a new system

Togo went from the reluctant candidate of 2002 to one of the few Malian MPs willing to publicly acknowledge the cost of politics in Mali. Today he argues “a mentality change is needed, on the part of political parties, and on the part of the electorate. But the system needs to change as well. With the majority vote system, the individual merit of the candidate doesn’t count for much. I tell you, if that would change, we would be wasting a lot less money on elections.”

Togo reflects on his participation in the study: “This is why the NIMD study was so important. It is clear from the findings that a lot of money goes into vote buying, but also into paying for your place on the list of your party. With the result that in the end, a lot of elected officials feel neither accountable to their electorate, nor to their political party! They are just there to use their position to make good on their investment during the campaign.”

As someone on the inside of politics, Togo now sees that the harmful impact of money goes far beyond the election: “And let’s not forget all the money that we spend while being in office. There is no way you can even think of being re-elected if you don’t spend your money on keeping your voters happy by handing out cash and solving their day to day problems.”

For Togo, the lessons from the NIMD study have compelled him to look at alternative electoral models – ones that he thinks can be more conducive to governance that is accountable, inclusive and representative. He fears democracy could become ‘an affair of the rich’, and that voters and the political class need to be sensitized to the dangers of that. NIMD’s work in Mali aims to improve Mali’s democracy, and that means making sure that public support, and not deep pockets, is what decides the government agenda.

This story was featured in NIMD’s 2019 Annual Report. Since this was written, elections have been held and a coup d’état took place in August 2020. NIMD has remained active in Mali throughout the coup by facilitating dialogue and by building on this research into the Cost of Politics. Contact us to speak to our experts based in Bamako.