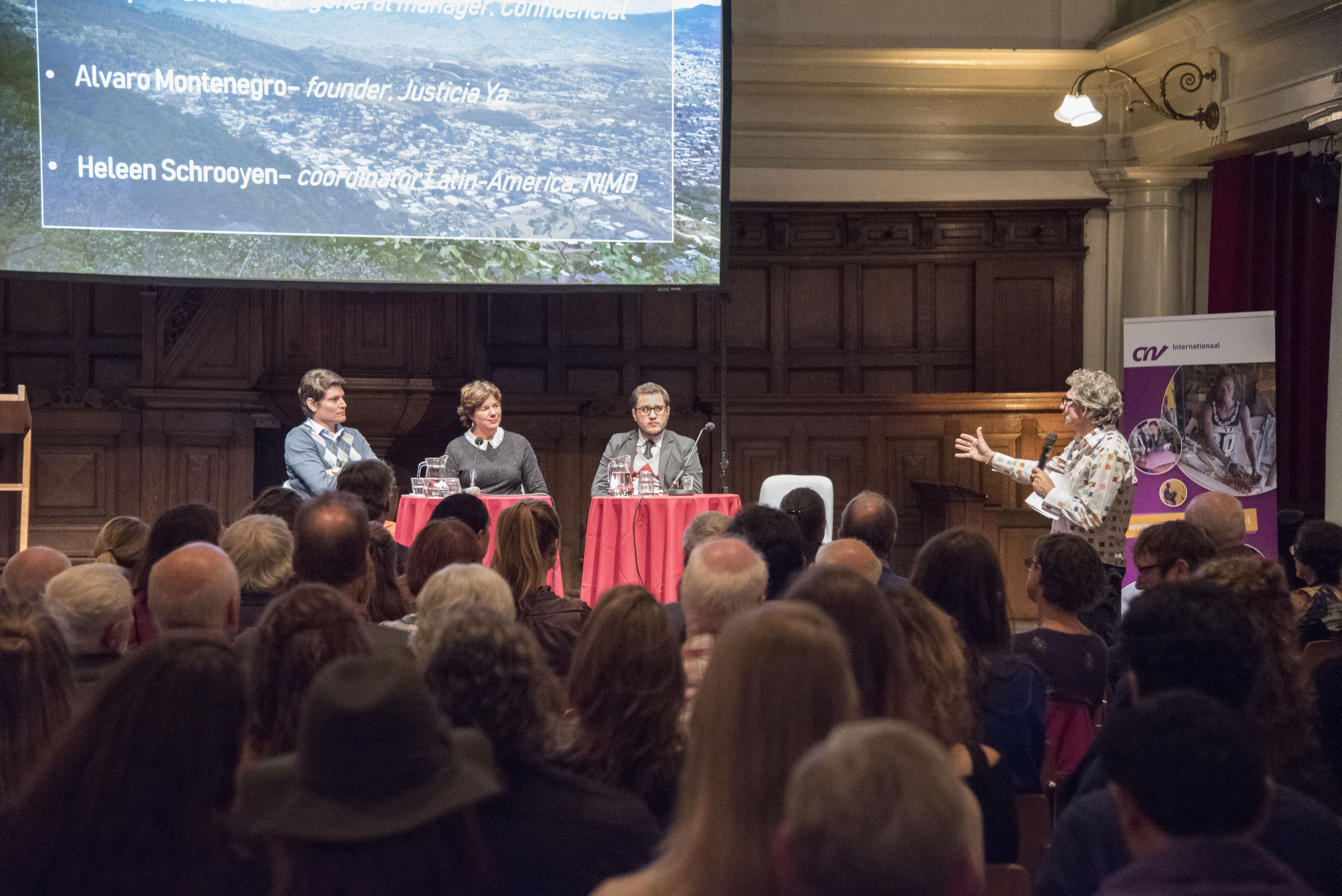 Sign up for the follow up event – Big Latin America Debate II – “the Kingdom and its neighbours” here.

Can the Netherlands – once a major donor in the region – again play a role in Central America, as it faces new authoritarian leaders, corruption and violence?

Held on 1 November in the Rode Hoed in Amsterdam, the Big Central America Debate, asked just that question. The aim was to put this issue on the table, among both the public and Dutch politicians. The Members of Parliament present committed to holding a hearing on the issue, based on the debate.

“A question of conscience: who of you has ever worn a badge to support the Sandinista revolution?” Moderator Frénk van der Linden starts by reminding the audience of this unexpected turn in Nicaragua’s recent history. The country’s authoritarian president, Daniel Ortega, who is now turning his back on Nicaraguan democracy and cracking down on opposition, was once a celebrated revolutionary. Even in left-progressive circles in the Netherlands. 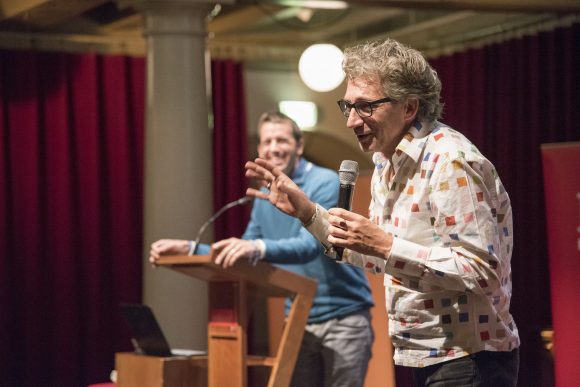 A few hand go up amid a feeling of guilt in the well-filled room. About 250 people have gathered in De Rode Hoed tonight.

As it soon becomes clear, many have personal links to the country. Among them, Dutch MP Bram van Ojik, who spent much of the 80s reporting on the radio on left-leaning politics in the region, including the Sandinista revolution. Or the brother of Jan Kuiper, one of the four Dutch IKON journalists who was shot dead in El Salvador in 1982.

The aim of the evening, in the words of Van der Linden: “Putting Central America back in the limelight.”

The region saw many hopeful developments in the 1990s: civil wars and dictatorships made way to democracy, and there were steps to tackle corruption and impunity. As a result, less attention was paid to Central America. ‘No news is good news, it was long thought’, says Van der Linden. But now, counter forces are threatening to nullify the positive developments. In Guatemala, President Jimmy Morales is trying to block the work of the commission against impunity (CICIG), while human rights activists in Honduras worry for their lives.

What is really going on in the region? And what role does the Netherlands – once an important donor – play?

To answer the first of these questions – “what’s going on in the region?” – two special guests take the stage: Enrique Gasteazoro, General Manager of Nicaragua’s biggest independent media channel Confidencial; and Alvaro Montenegro, co-founder of youth movement Justicia Ya, who fights against corruption and impunity in Guatemala. 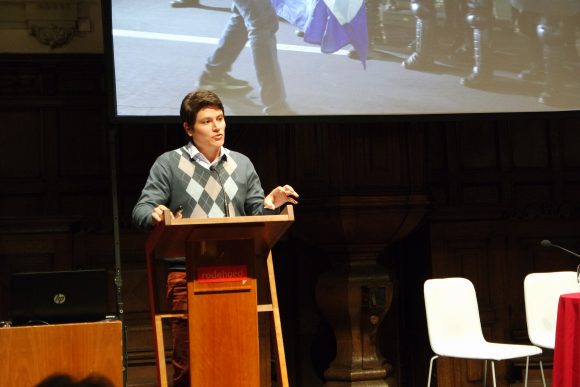 Gasteazoro is at the forefront of debunking what he calls a “stubborn myth”: that things were going well in Nicaragua before the mass protests in April this year. Ortega was elected in 2006. But just because there were elections, does not mean that what happened was fair and democratic. Ortega changed the electoral law, so 35% of the votes was enough to win the presidential election in the first round. He bought support from the church in return for legislating against abortion.

According to Gasteazoro, ideology aside, this regime is no worse than the previous one: even then, power was in the hands of the few. “We live under an economic dictatorship in which politics and business are interwoven. Many people accepted that for the sake of stability. The student protests against the regime that began in April this year, triggered by an ecological disaster in south-eastern Nicaragua, were an awakening,” he says. “Previously, feminists, campesinos and indigenous people would protest separately for their own rights. The student movement made it clear that no-one in this country can be certain of their rights and that all of us must protest together.”

In Guatemala too, students were at the forefront of anti-government protests. It all kicked off after an attempt by President Jimmy Morales to end anti-corruption research funded by the United Nations. “The Head of the Inquiry, ruled that Morales’s immunity should be lifted. He may have taken a million dollars in illegal campaign financing,” explains Montenegro, of Justicia Ya. “At the same time the region is struggling with gang and paramilitary violence.” 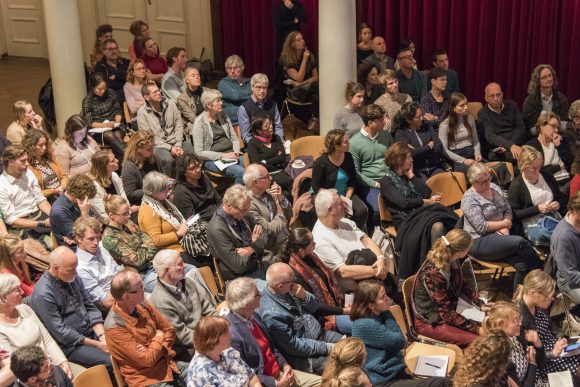 So, how can the Netherlands make a positive impact in these countries? “We need a lot of international support,” says Montenegro. “Our government is trying to isolate itself, but right now we need attention. And embassies should not make the mistake of falling for economic blackmail.”

Gasteazoro agrees: there must be an understanding of how private power affects the state. “The Dutch embassy in Nicaragua closed its doors in 2013 at a crucial moment. There was growth, it was said. But economic power was so centralized that growth made a new dictatorship possible.”

The key takeaway is that the Netherlands should not have left. But, when Heleen Schrooyen – NIMD’s Senior Programme Manager for Latin America – probes Gasteazoro, asking why the Netherlands should get involved with the region again, his answer is clear: “If you do not care, then at least don’t stand in the way.” 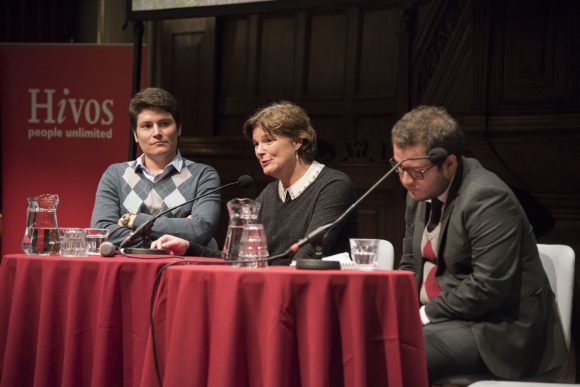 It’s a message that is reiterated in the panel discussion. “The focus on self-interest and trade relations has not benefited Honduras, El Salvador, Nicaragua nor Guatemala,” says Julienne Weegels, a researcher on the region at CEDLA. “If you concentrate too hard on trade relations, you’re only targeting the economic-political elite.”

But, what if we use trade interests to apply pressure behind the scenes, in order to improve the human rights situation? It’s a strategy suggested by foreign commentator Arend Jan Boekestijn. He has the approval of his co-panelists, Marionne Lips of CNV Internationasl and Impunity Watch Director Marlies Stappers. “He’s not bad at all,” Stappers jokes. “I think we should definitely do that.”

What is important now, emphasizes Stappers, is to find the political will. “I speak on behalf of all the organizations who have co-organized this debate. We are very concerned about the lack of attention being paid to the region in the Netherlands. It was impossible to get anyone from the Ministry of Foreign Affairs round the table tonight. That says something about our policy. The Netherlands once had a great deal of involvement. We supported the fight against impunity, and we helped strengthen civil society. When things started to move, we left. And now, we see the consequences of that.”

But political will can be witnessed that evening. The programme ends with a reflection on the situation by MPs Bram van Ojik (GroenLinks), Achraf Bouali (D66) and Sadet Karabulut (SP). While the first two panellists emphasize the importance of solidarity, Karabulut proposes a hearing on Central America in the House of Representatives. “I am sensing from the government, via D66 here next to me, that they want more solidarity”, she challenges Bouali. And, to the audience: “You already have influence and you are effective. This evening would not have taken place without your commitment.” 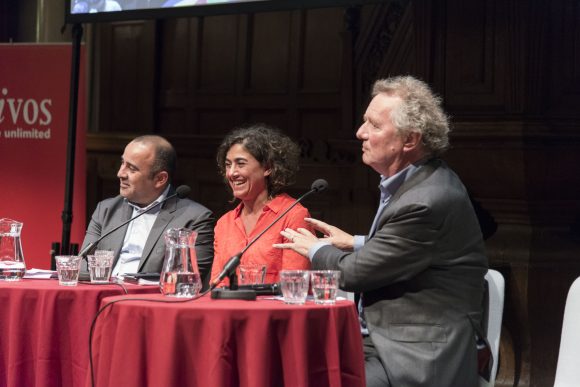 “Do not underestimate what you can do,” Van Ojik says to the audience, and in particular the delegation of the Nicaraguan community in the Netherlands. The starting point tonight was that politicians give too little priority to Central America. But, says Van Ojik, in the past five, six years there has been little input from NGOs about this. “There is now 40 million extra to spend on diplomatic posts. Nicaragua does not have an Ambassador. But it would be very good if civil society made its voice heard – then the House would finally say: why is there no embassy in Managua?”

More on Central America (in Dutch)