NIMD > News > VIDEO: Reflections from the Tunisian School of Politics
Back to overview 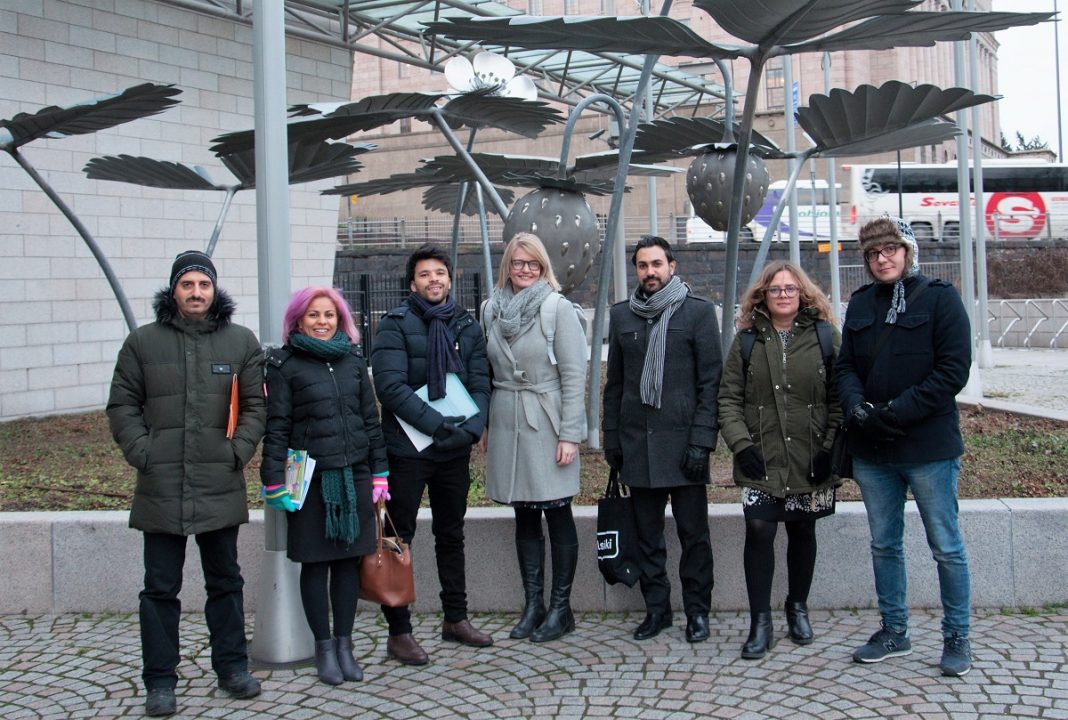 Interview
VIDEO: Reflections from the Tunisian School of Politics

When alumni from the Tunisian School of Politics visited our friends at DEMO Finland in Helsinki last year, we asked them what they’d learned from their courses. Check out the video below to see what they said!

The ramifications of the Arab Spring are still widely felt almost a decade on. The unprecedented scale and strength of protests was like nothing the region had seen before, and regime after regime fell or gave concessions.

Protesters’ demands for democratization were met with varying degrees of success, but one example often cited as highly successful was that of Tunisia. The Tunisian Revolution, also known as the ‘Jasmine Revolution’, led to the 2011 ousting of President Zine El Abidine Ben Ali, after 23 years in power. The new constitution agreed afterwards is widely regarded as one of the most progressive in the Arab world.

Since then, new political parties and activists have been make a foray into political affairs. As the democratic space opened up, NIMD began working to support political actors in 2012 and has remained highly active in the country ever since.

A core aspect of what we do in Tunisia is providing young politicians training through the The Tunisian School of Politics (TSoP). TSoP was founded by NIMD and Demo Finland in 2012, with our implementing partner Centre des Études Méditerranéennes Internationales (CEMI). By the end of 2018, 11 cohorts of politicians (approximately 400 people) had completed a programme with TSoP.

Last December, some of the TSoP graduates visited Demo Finland in Helsinki for a special week of training and exchange sessions to boost their political skills. We asked them for their reflections on what TSoP has given them, and we’ve very pleased to share their thoughts in the video below.

If you’d like to know more of our work in Tunisia, visit the Tunisia programme page.