In the Eastern European Neighbourhood, NIMD worked with politicians from Ukraine and the South Caucasus countries, Georgia, Armenia and Azerbaijan. The South Caucasus countries have been independent since 1991 and in that time have developed different political systems. Of the three, Georgia could be defined as having the most developed democratic system, where in 2012 a peaceful transition of power took place for the first time in this region. Armenia also has democratic government but the democratic institutions are weaker than in Georgia. Azerbaijan has a semi-authoritarian government. The whole region is ethnically very diverse which can lead to tensions and Armenia and Azerbaijan are officially still at war over a disputed area of land.

NIMD had three programmes in the Eastern European Neighbourhood: one in Georgia, one in Armenia and a regional programme involving politicians from Georgia, Armenia and Azerbaijan.

Georgia Programme
NIMD’s programme in Georgia began in For the duration of the programme, NIMD took a four-pillar approach in Georgia. This consisted of:

NIMD supported politicians from different parties to work together by helping them set up issue-oriented multiparty dialogue platforms in Parliament, such as on gender or national minorities. This led to the creation of a Multiparty Taskforce on Gender. NIMD helped the parties to build their capacity to function effectively by helping them to develop strategic plans and providing training. NIMD also worked on democracy education with Democracy Schools in 4 different regions, focusing particularly on developing the abilities of political parties, people working for civil society organizations, and local governments to lobby about issues that need addressing.

The then President of the European Parliament, Martin Schulz, welcomed the first meeting of the Multiparty Taskforce on Gender which took place 2-3 July 2012 in Batumi, Georgia. Hear what he said in the video below:

In 2017, NIMD’s country office became an independent organization in its own right, the Eastern European Centre for Multiparty Democracy (EECMD). NIMD handed its programme over to the management of EECMD in 2018, and officially ended its Georgia programme in 2019.

South Caucasus Regional Programme
Between 2012 and 2017, NIMD ran regular South Caucasus Youth Fora, which brought together young political leaders from different parties in Georgia, Armenia, Azerbaijan and Ukraine. During the programme the participants worked together on joint projects, and also learned skills for working together in a multiparty democracy. Each programme ended with a regional conference.

The conference was a chance for young political leaders to discuss and debate the most important issues of the day alongside world-renowned experts and speakers. Mr. Štefan Füle, the former European Commissioner for Enlargement and European Neighborhood gave a key note speech at the final conference, entitled Future of Democracy in the South Caucasus and Ukraine: The Role of Political Parties. 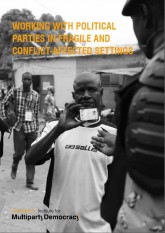 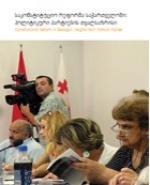 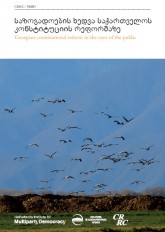 Georgian constitutional reform in the eyes of the public
Read more 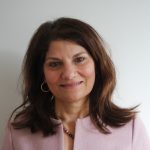 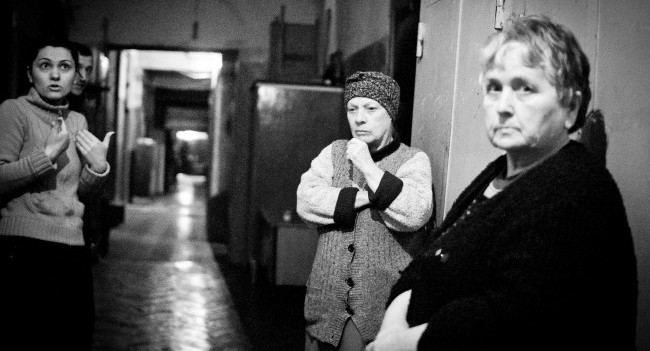