NIMD > News > Peace within reach: Reflections on the Knowledge Platform’s 4th annual conference
Back to overview 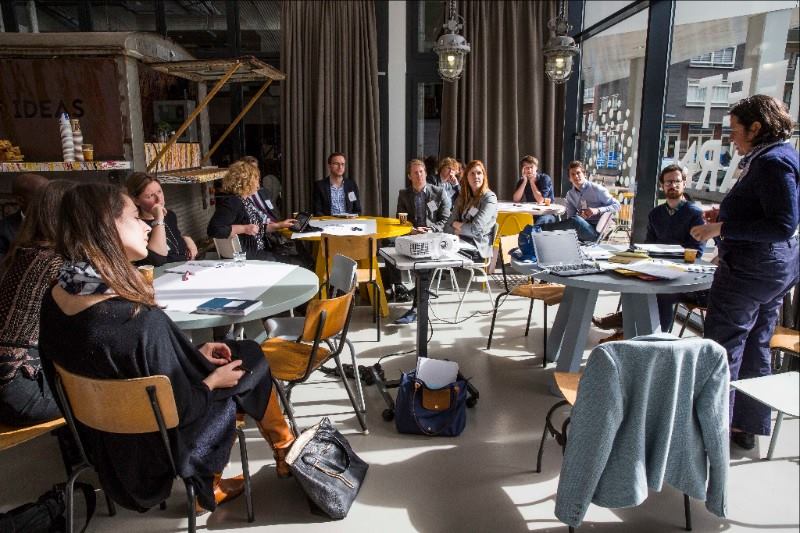 Together with the Clingendael Institute and the Statistical, Economic, and Social Research and Training Centre for Islamic Countries (SESRIC), NIMD organized a session called “Peace within reach” in which the topic was the prospect for peace in three countries currently involved in different stages of the peace process – Colombia, Burundi, and Libya. The question of the discussion and debate was: “Is peace within reach?”

The panel
An expert panel addressed the question by discussing the peace process in each country. Juan Fernando Londoño, former Deputy Minister on Human Rights and Public Relations and current Director of the Center for Analysis of Public Affairs, provided an inside perspective on the effectiveness of peace talks in ending the relation between politics and violence in Colombia. From Burundi, Fabien Nsengimana, Executive Director of the Burundi Leadership Training Programme and expert on political dialogue and negotiations, gave his views on the ongoing recovery process from years of ethnic violence in Burundi. Finally, Mustafa El Sagezli, who was one of the leaders in the opposition resistance against Muammar Gaddafi during the Arab Spring and is now General Manager of the Libyan Programme for Reintegration and Development as well as Chairman of the Board of Directors of SESRIC, commented on the current state of Libya’s fledgling peace process.

Keep an eye out for more blog posts about the conference here!