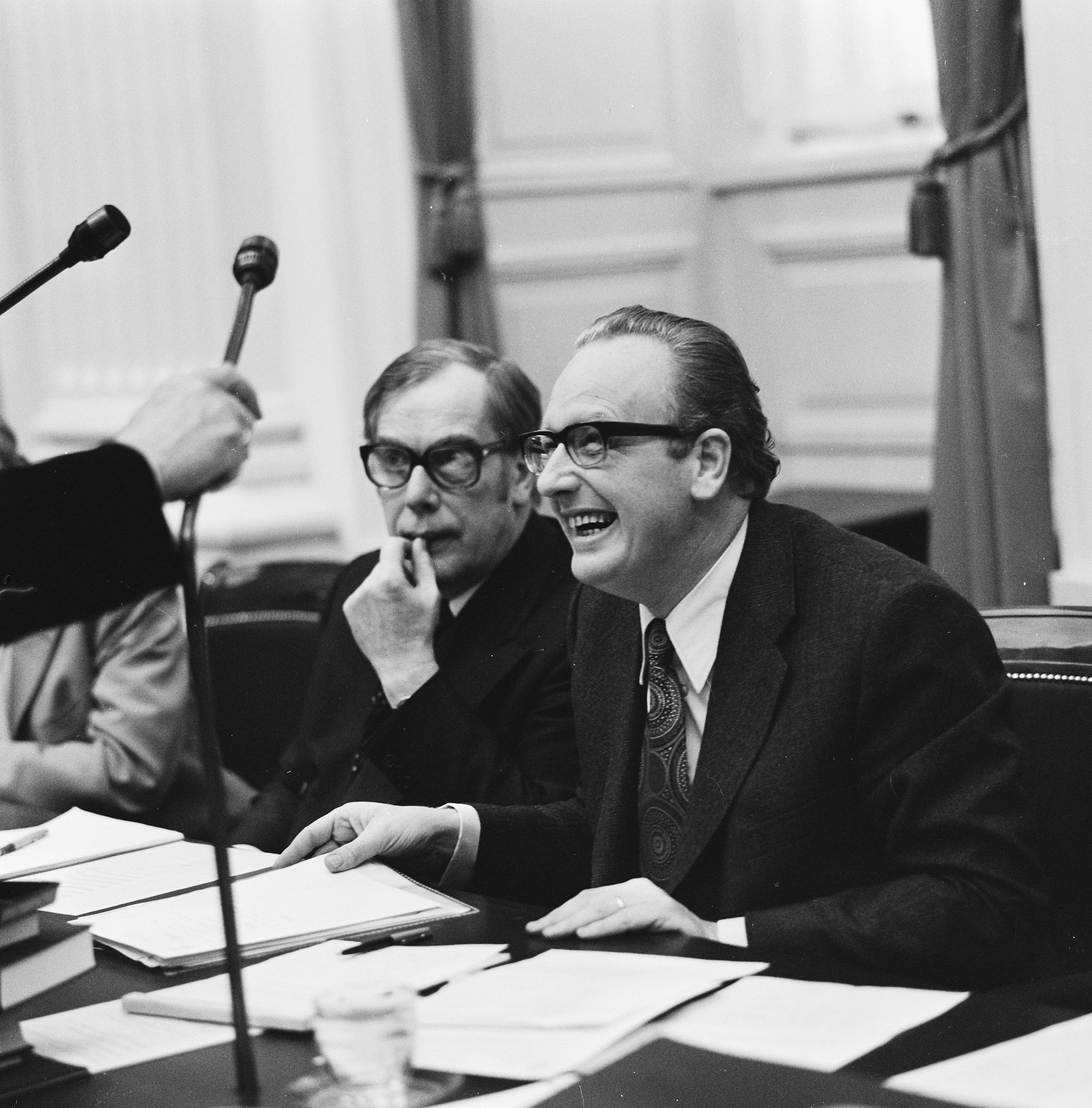 News
On the death of Jos van Kemenade

NIMD was deeply saddened by the news that our first Chair of the Board, Jos van Kemenade, passed away in February 2020 aged 82. Below are some words of remembrance from Jos’ Vice-Chair at NIMD, Jos van Gennip, who worked closely with Mr. van Kemenade for several years. This text is a translation. The original text, in Dutch, can be downloaded here.

It was the late 1990s and the success of the Stichting voor het Nieuwe Zuid-Afrika (the Foundation for the New South Africa – SNZA ) was in need of more. There were so many places in the southern hemisphere where, just like in South Africa, the desire for democratisation and the upholding of a frequently young form of government were great. It was always traditionally Germany, with its four major foundations affiliated with the political parties, that would respond generously to an appeal from abroad for support. Would the Netherlands, which at that time still held a place of honour in the world of international cooperation, be able also to respond? The problem was, however, that the relationships were a lot more complicated in the Netherlands than they were in neighbouring Germany. With a bit of tweaking and a little effort – sometimes a great deal of effort – there came to be an understanding with respect to the desirability of bolstering the socially democratic and liberal parties as well as those parties based on religious inspiration beyond Europe’s borders too.

But did the system of party-affiliated foundations have to be extended to include the Netherlands – did the senior parties have to use this system to announce their blessed message in, say, Mali? At the SNZA we had created a radically different approach, under which the support would not be related to parties but would come from political parties working together through an independent foundation and would be given, insofar as was possible, to parties working together in South Africa. In other words, no exclusive bilateral relationships would exist. The approach was not adopted without a struggle, and the idea that we would be providing support to parties such as the National Party, the heirs of apartheid politics, was repugnant to many in the Netherlands. But that was the only legitimation available to respond to accusations of unjustified foreign involvement in the delicate post-apartheid process in South Africa. This cooperative formula had yet another advantage: the money set aside for bolstering democratisation processes did not have to be divided amongst some ten political parties.

Could this approach be applied to other countries too? That was the question that the conference in Leidschendam set about answering. Pieter Kooijmans, the great expert on international law, former Minister of Foreign Affairs and head of the SNZA, saw the benefits and even the necessity of extending this approach as well as its advantages over the German system. The options were explored during the conference that he headed in Leidschendam. It turned out to be a tough question, with a fair number of political parties coveting of the German system, some of them having already established separate foundations themselves that primarily focused on the process of democratisation in the post-socialist nations. Of course they comprehended the cooperative formula for South Africa, especially in view of the fact that Minister for Development Cooperation Jan Pronk had championed it and it had been welcomed by the ANC top brass, in the form of Thabo Mbeki and even Nelson Mandela… but did that really mean the same should hold for the rest of the world?

Resistance was also voiced in official circles. The obligation imposed by politicians that social organisations also had to be considered as partners in development had not exactly been welcomed in the first place, but to work together with political parties, both here and there, was an abomination to many. But the combination of the great authority of Pieter Kooijmans, the credibility of the formulas presented at the Greenpark in Leidschendam and the background support from Pronk led to the breakthrough, which ultimately resulted in the creation of the Netherlands Institute for Multiparty Democracy as a successor to the Stichting voor het Nieuwe Zuid-Afrika. There was also one further, additional factor. The wisdom and binding power of Klaas Groenveld – director of the liberal foundation the TeldersStichting – which had had such an impact when it came to building up confidence in a foundation that would work to benefit South Africa, had now also boosted the willingness of Dutch political parties to work together.

One of the formulas that were intended to guarantee the balance between, on the one hand, a link to the cooperating Dutch parties and, on the other, the ability to still exercise some degree of independence and objectivity and function as a symbol of its supra-party status, was to appoint an authoritative and independent chairperson. Piet Kooijmans was no longer available and, after a period in which we were led by Klaas Groenveld while we sought a suitable candidate, we finally arrived at Jos van Kemenade. A Minister of State, a scientist, a director and an individual with much interest in international affairs.

I knew Jos van Kemenade well, both in my political days as Member of the Upper House, and also long before that. When I attended Nijmegen University Jos already struck me then for his exceptional qualities, and he became a professor of sociology at a very young age, heading the new Sociological Institute. The woman who was to become my wife was one of his first members of staff. Our paths crossed later in the processes of breaking down the barriers related to the Catholic population and repositioning the people themselves. And so, the path to the provincial government house in Haarlem, where Jos was the Royal Commissioner, was not a difficult one to traverse. It was relatively easy to convince him to be the internal and external figure of authority of a unique cooperative venture, including on the international stage, of political parties that are normally sworn enemies.

With all his administrative power, his wisdom and his ability to bring people together, he took on the job of expanding and building up the Institute. This was to take shape in those years in many other countries, particularly in Africa but also in Latin America and Asia. And in these endeavours Jos was not just the figurehead of Dutch politics, he also had to oversee the sometimes excessively turbulent growth as well as make the time to encourage and guide developments and operations in the field. One unforgettable incident was his mission to Indonesia, where semi-authoritarian changes, corruption and ideological fanaticism were threatening healthy democratic development. But there too a form of cooperation between political parties would eventually be created and a formula of democracy schools was created that was tailored to the specific conditions of the country. Many politicians who are now trying to continue the process in Indonesia learnt the basics of that process in those schools.

Health issues made it increasingly difficult for Jos van Kemenade to continue working. We watched with admiration and compassion how, despite his restrictions, he still performed his job… until that was simply no longer possible. In 2007 he proudly handed over the running of the NIMD to another former minister, Ben Bot. For over five years he cared for the Institute and saw it grow to become one of the more important players in terms of furthering democratisation processes in the southern hemisphere. The fact that now, 13 years later, the NIMD has survived assaults involving cutbacks, criticism from the political world and organisational issues, and that it is still running at full steam and is able to fulfil its mission, is thanks in no small part to Minister of State J.A. van Kemenade. But today one thing has changed: the euphoria that surrounded the continuous process of democratisation at the start of this century has transformed into an understanding that it is not about running on automatic pilot and linear processes, but that democracy is vulnerable, always and everywhere and both in so-called developed nations and in developing ones, and that this is why continual support and involvement are given.